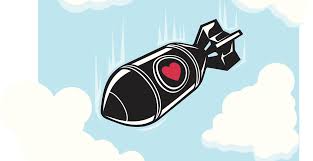 I learned a new phrase today as I was perusing through the internet: Love Bomber. It’s a perfect description for a recent phenomenon our local narcissists use to draw you into their dating lair.

We’ve all been there; You’re in a relationship after only a couple of dates and you ask yourself how you got there. Is the fairytale you’ve been asking the universe for finally coming true?

You find the joy of a partner who showers you with love and affection gloriously refreshing at first but, there is something about it all that feels rushed, rehearsed and somewhat disingenuous. Yes, my Precious, you are an amazing human being and deserve a love story to defy a Nicholas Sparks movie. Love bombing  isn’t about you. It’s about them.

But there are signs.

Firstly, ask them about their last relationships. Most will tell you about how they no longer talk to their ex partners. Most of their interactions will be a few months and end suddenly. Sometimes they will feign confusion as to why this ended. How does a grown up not know how ALL or most of their relationships ended. And why are they still repeating patterns in their middle aged lives?

They also hate when you challenge them or highlight some of their behaviours. It’s hard to sustain fake behaviour and they’re likely to slip and slow down on the intensity. When they do they will blame you for expecting too much. Suddenly you’re selfish and greedy for wanting to get a phone call every day when they were calling you so often your boss was starting to think you were about to jump ship. Gas lighting is another common tool of the love bomber. You’re crazy and high maintenance.

They also love the grand gestures. The public displays so that all of your friends are going, ‘awwwww!’ as you tell them about another weekend get away. The grand gesture keeps your oxytocin high and your senses are dulled to all the niggles in between.

The breakup is always brutal and your fault. You weren’t patient enough, you were too demanding, you weren’t pretty enough or generous or…..it will eat away at you because this is the person who only a few weeks was sprinkling you with compliments and naming your future pets and children.

We’ve all had love bombers. I’ve had so many it was hard to choose one.

I met a love bomber, dressed as a writer, who spent hours on the phone regaling me with stories about our future relationship. He was great at stories, but they were never that realistic. We were going to live together in my small flat and he was going to cook for me. I was in a lazy cooking phase so this totally appealed to me on one level. When I challenged him on how we were going to fund said relationship he got mad. He then tried to get me to pay his phone bill when he realised I wasn’t on 121 and all these calls were actually costing me money. He was a rinser and had managed to live off women for quite a while but he didn’t like hearing no. I wasn’t about to pay for his bill. He then tried to come back later but I’d pegged him as a Love Bomber by then ad cut him off. There are so many poorly written chapters of his book on love I could bear to read.

What can I do?

It’s hard to leave someone who is loving in parts but the moment you see their brokenness you need to leave the love bombers alone. Yes, it will be hard to pull away especially if you’re not used to be treated well but, a person so self absorbed and hell bent on destroying anything that opposes them isn’t love. It will not end well. If you’re really into spoiling yourself get yourself a bath bomb and enjoy. Cry over bad movies then, slowly, get back out there and find someone who may not seem as exciting but is more genuine and less insecure.

2 thoughts on “Beware the Love Bombers” 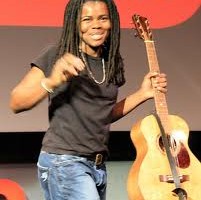 As you will recall from He’s got a fast car and She’s got a ticket things weren’t going well for[...] 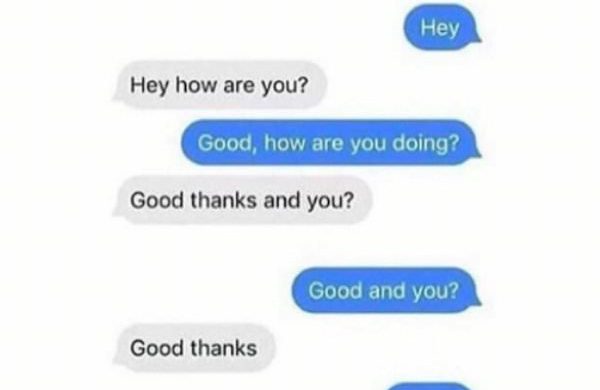 So I’m chatting to one of my many male friends and he tells me that women are confusing. I sigh[...]