Closing a chapter aka The American Nightmare aka The narcissist

So remember I told you about the American Dream

I really thought it would be different this time. We’d even set a wedding date (Well, I suggested a date when all of my family could make it in 2015 and he agreed), I’d agreed to move to the land of reality TV,cronuts and fat people and he’d agreed to meet Mama and Baba Black. Nothing says serious like agreeing to meet Baba Black! He’d booked a ticket to come and see me. What a commitment to leave a windy America for a wet London.

I was the one apparently. The one he’d been waiting on, the one he’d asked the universe for. The mother of his yet to be conceived kids despite the constant trying. I believed him because, I have a heart and he played to mine perfectly. Telling me exactly what I needed to hear after years of wastemen. I’m a romantic. It really doesn’t take much for me to believe you.

There were signs that not all was well. I suspected him of a drug habit far more serious than a puff of weed. The erratic behaviour with phone calls and money in general didn’t help. But everyone knows that it takes a while to adjust to being in a relationship. After a breakup he convinced me to take him back. Against my better judgement I agreed. It didn’t feel right but you can’t expect everything to work smoothly straight away, right?

Then my birthday came along and he promised to be the first person to call me. I waited. And waited. He wasn’t. Apparently after months he couldn’t work out the time difference or fell asleep. What drugs make people fall asleep?

Let’s go back my precious. Birthdays are so important to me that I have two. TWO! I throw a party every year and I do a 10 day countdown. There’s even a song that I’ve been singing since university. I’m nothing if not precious about my birthday. But despite this being his chance to make it up to me he just apologised and kept fucking up. Finally I ignored the apologies. Nobody puts Baby in the corner was my daily mantra.

I took to my status updates and spewed my dissatisfaction. Apparently the snarky attitude he’d been drawn to some 8 months before was now too bitchy and he needed to put me in check. So he wrote me a really long email about his feelings and how he was putting me in check. I wrote back telling him he needed to get a life and stop living like a frat boy because for a man his age his behaviour wasn’t acceptable.

At this point he cancelled his trip to the UK. Too much had been said for us to continue apparently. Wait, what? What kind of fight is over after 2 emails? Dude thought that was a breakup fight? I was just getting warmed up. But that was it. He was done and the way he went from being in love to being over it bewildered me. It was all about him and his feelings and he didn’t give a shit about anyone else least of

all moi. Who was this dude and why didn’t I recognise him as the same dude as the one from a week before? The switch was creepy.

He claimed that he was going to get a refund on his plane ticket. That’s when I knew he was a bare faced liar. This was someone with an expired passport and no clue because, budget trips don’t refund. By this point I figured that the plane money had been smoked and this whole checking me was a ways of starting an argument so that he could bounce. Yes I picked up a few colloquialisms along the way much to Mama Black’s chagrin. But he was fixed. It was over, he wasn’t coming and he was sorry that he’d hurt me but, tough.

Yeah fuck it I was still mad. How dare this dude be all about marrying me, meeting the family, giving me kids and then 2 months later he’s moved on? Hell he’s only JUST finished paying me back money he owed. Hmmmm I wonder if little miss new boobs gave it to me indirectly?

So I spent a week sulking and wondering what I’d done wrong. Maybe I should have not been such a snarky cow. But no, he got the edited version. The first 3 emails were declared unsendable by my dating committee. So much of it didn’t make sense. Was he just a crackhead whose love of drugs made him chaotic and randomly fall asleep? Were the night sweats really him in detox? Hell I nearly took this idiot on a Mexico trip for his birthday. My hard earned money and I might have ended up arrested whilst he looked for a hit? Nah, that’s not my life. But, despite it all I still felt hurt.

And then I read this and realised that he was a narcissist! The kind of guy that builds you up buttercup just to let you down, and mess you around. Hell, let’s have a song that lays it out perfectly.

Dating a narcissist means none of the shit he said about us and the future were ever true. He just wanted to lull me into a false sense of being in love and vulnerable. He thought he was smarter than me and for a while he was b

ecause I was stupid enough to think that no man lies about marriage. And it almost worked! But thanks to a bunch of friends who’ve let me cry on their virtual shoulders and a healthy amount of bad foods I’m better. I realise that nothing I did made this man the manipulative wasteman that he turned out to be. That his ex who wouldn’t speak to him anymore had a right to be angry and that probably a lot of his stories had been bullshit. He was just a pathetic 40 something with a victim complex who realised that he wasn’t going to get one over me and so disappeared at the first opportunity.

And so with that knowledge I was free from any of the guilt or wondering that comes with a sudden breakup. I realised that this is what some men do and you’re lucky to have escaped without having kids with a narcissist. Imagine having to explain his behaviour to a 3 year old?

This blog is dedicated to the Self Care Haven blog and the next weeks….well the next two weeks will be me in Mexico in a bikini and a smile with family.

Smooches all and I’ll see you back here in 2 weeks all healed, tanned and ready to get back into the dating game. 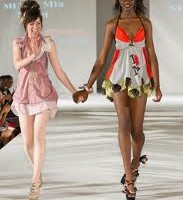 I have found my write up from last year. Let’s hope this year is amazing. I’m already doubtful as they[...]

Sex Only SOBs So this is just a mini rant to say that there is increasingly a type of guy[...] 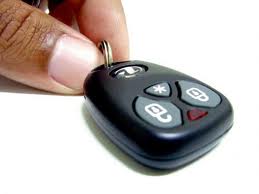 Cabbie Diaries part 4 So do you remember back in April I met a cab driver and was talking to[...]