I write with sad news today as word reaches us that one of the goddesses of the weave took it out and (gulp) posted a photo of herself with short hair and immaculate make up. Weaveologists all over the world gasped as news spread that blonde Malaysian hair sales were now on hold. Drag queens, gold diggers, C list reality TV starts and their impersonators the world over said a silent prayer before calling their hair doctors and cancelling that next $3000 appointment. This has caused an economic crisis of epic proportions. In the last 48 hours alone there has been a 3 point fall on the New York Stock Exchange with more devastating financial news to follow.

The irresponsibility demonstrated by Beyonce is not new to those that don’t bother to follow her career. First there was the blackening of the face for a French magazine and then there was the trip to Cuba. Naming her child after a poisonous plant was overlooked as exotic but, this? This can’t be ignored. The repercussions could cause the hair industry in North America to falter thereby causing a triple dip recession.

It is also a serious cry for help. Something is wrong in that household and the only way she can tell the world is to show us with her hair. Hollywood and The National Enquirer have spent millions in marketing to us that letting go of the hair is symbolic of the madness and hysteria all women have deep within them. Men grow beards and drink beer. Women butcher their hair in some ritual of self mutilation in an attempt to make themselves less sexy. Here are some other well-known examples :

Her husband John leaves her for a white women and she takes up chain smoking and gets her hair cut. Social services are nowhere to be seen as she gives the evil eye to all of his suits and encourages her children to sell off all of his stuff including golf clubs and his car (classic phallic references!) and then burns a whole heap of his shit in the front yard. Women everywhere cheered but recognised that when she instructed the hairdresser to cut it short this wasn’t a nod to the Boomerang Halle Berry look. No, this was a symbol of her rage and anger.

She shaved her head and we all knew that the drugs had finally gotten to her. Of course no one blamed it on post natal depression or being married to a dancer who didn’t really work anymore. Instead she was labelled crazy and had her kids were taken away from her . Her shaving off her head was symbolic that she didn’t even care if she was pretty anymore. That my precious is rock bottom for any blonde sex symbol. A brunette may have gotten away with it.

But all hope is not lost. Now I’m not a fan of Rhi Rhi as she’s another one whose life we hear way too much about but surprisingly few of you will have heard of of this incident. When Rhianna’s ex tried to get her back and wouldn’t take no for an answer he shot her! I know! Luckily she had a weave in and that weave, which she admits she had invested a lot in over the years saved  her life!  And look, it’s red too.

So we must all ask ourselves what is wrong in Beyonce’s life because no change in hairstyle this dramatic is without meaning. Is she about to have another pregnancy? Has her Weavalogist dumped her for Angelina Jolie? What! Yes not only does she steal men but weavologists too.

But seriously Beyonce, I’m more worried about the weave. Where has it gone? Is it in a weave protection programme so that impersonators and fans alike don’t find it and try to sell it on ebay? I hope it is resting in a safe place. That’s it for Hair watch for today. Over and out 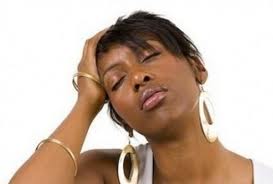 F is for fatigue Some years of post-divorce dating later and I can honestly say that I have a condition.[...] 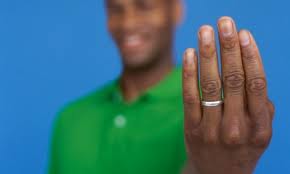 The marriage interview MEET Africa Utopia was a great time. The South bank hosted events and I got to reconnect[...]