Although I’ve dated a lot it’s an exhausting and time consuming activity at the worst of times. There’s all that getting ready, then chatting nonsense on the phone, making arrangements then actually travelling to meet them. Hence I created the 45 minute dating zone rule. What men don’t know is that there’s also the review panel phone calls to friends and family where we scrutinize the conversation for worrying signing of mental health and review your eligibility. Know that few women say yes to a man without a democratic poll. I’m tired just thinking about it.

But, sometimes my precious it makes fiscal and practical sense to multiple date and cut down on the prep time. A pedicure lasts two weeks so you may as well maximise the cost and stretch it over 2 or 3 men right? Alvin Hall would be so proud of me right now.

I tried dating more than one guy once. Ok I say once which means I do it all the time but there was this one time where I thought I had it licked. Bachelor one was a short Nigerian, constantly in white shoes and worked at Ikea. Don’t ask me why I said yes but he had a cute smile I guess and maybe it was the potential discount that lured me?

On our 2nd date we went to an all Nigerian party where he introduced me to another friend of his who asked for my number. I figured they must have a boy code understanding and acquiesced. Number 2 didn’t have on white shoes so he was already winning.

The first one was fine until I invited him to a Brazilian film festival with my friend Olga. He fidgeted and shifted on his chair like he had worms. The film was a series of shorts! Afterwards we went to a Revolution bar and, as I downed my 3rd drink he leaned over and suggested that I had had enough. Olga gasped in horror. I’m not sure if this was a budgetary thing or him trying to keep me sober for later but I had a Dirty Dancing moment. Nobody puts Chelsea’s tab on restriction….except cute barmen. That night I surpassed myself I think. I really can’t remember. When next he called I told him that it wouldn’t work as we had different values. I liked alcohol and he liked white shoes. He retaliated by telling me that number 2 was married with kids. So unlike the Spice Girls song, 2 became none.

A long time afterwards I bumped into married 2 who was disgusted that I had played two friends against each other. Apparently I didn’t get the memo on etiquette. It’s ok for him to cheat on his wife but not for me to date two guys at once. Hmmm

So what’s a girl to do? After all, I had a pedicure to stretch out and time waits for no one. Let’s just say I wasn’t dateless for long. That Nigerian party proved very date worthy. 😉

2 thoughts on “The dating duo” 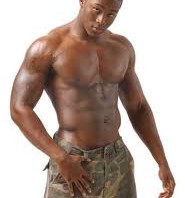 Hello We met at an event I was running. Don’t ask me why but he was standing on the side[...]

There are books that I will never read. ‘The Help’ is one of them. Not only because nothing about it[...]