Thank you and update

random things from proposing (not looking good for my 29th February proposal. He appears to be on the run) to stupid questions men and women ask. Oh and a popular choice If I were a boy. I’m not bitter by the male backlash darlings I just know better now. I even managed to convince someone to join me on the challenge for the last 8 days.

Thank you so much for all the feedback, comments and words of encouragement when I was ready to throw in the towel and reach for some chocolate and champagne instead. I did live on Haribos though (I wonder if they would sponsor me in Haribos?)

But now I have to keep myself busy and out of trouble for another wee while. So  whilst I work on the radio show (Come listen to In Bed With Chelsea on playvybz.com every Wednesdays 10pm – Midnight) I’m starting the next challenge which is Sex Etiquette A-Z. This is not to be confused with ABC sex which is sex only on Anniversaries, Birthdays and Christmas. What madness!  What if all of those fall in December? Withholding sex drives me crazy (Oooh adds another to W). Anyway I digress.

As you know I have been experiencing somewhat of a #datingrecession and according to a lot of you I’m not alone. I realised that some of this was just because some people didn’t have the same rule book on what’s appropriate behaviour and what’s not. Talking about wanting to rape me on date one, not appropriate. Telling me I want to rip your clothes off on date 5 appropriate.  In fact no. Why weren’t you telling me that on date 3? You’re late! You would think it was simple but apparently not.

Dating is all about the nuances and words used. It’s the fun sell and marketing towards sex and

And thanks again for all the support. Snogs and butt grabs all round.

Starting this week everywhere at a device near you with the letter A. Where else?

4 thoughts on “Thank you and update” 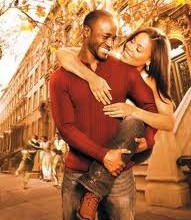 I love this movie despite duck lip monotone Taye Diggs because it’s all about a woman who fell in love[...]

The management of tragedy on facebook Media – Horror! Something bad has happened and it involves a Western Country! You[...]

Why I dislike the Daily Mail. So last months’s Samantha Brick sensation wasn’t only about the fact that an ordinary[...]