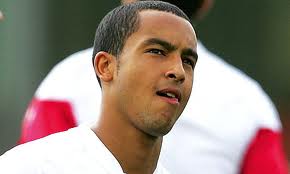 So this morning I wake up and twitter isn’t saying much so I decide to see what’s trending. And out pops Theo Walcott. I won’t lie my precious. He’s not my cuppa. Good footballer but he needs to grow some balls first. Or some facial hair. He’s too damn pretty. Apparently it’s not about the money but about the position he plays. We all want to be the glory seeker darling but someone has to play in goal as the fat kids on playgrounds everywhere learn quickly enough. He’s talking about wanting to stay at Arsenal and become a legend like Thierry Henry.

Please! Takes a moment or 20 to have her favourite Henry fantasy involving a pitch, some shorts and….yeah that’s about it.

We are just getting over the indulgent overly patriotic reporting on the Olympics. But this transfer crap reminded me of my own sports petulance of shame. As a youngster (not that many years ago thank you)  I was given netball trials for the county. They made me play WD instead of GD. The key is that GD is more prestigious than WD which isn’t allowed in the circle. As you know even now I don’t like to kept out of the action.  After a few games I started to cry. I hated this lowly position I had been given. How dare they not recognise my talent as GD. Some coach heard me out and allowed me to play the last game in GD and ….I wasn’t great. I was fast and could read the game but I didn’t have the height or build to contend with my GA partner. I went home thinking that at county level I was a great WD but as a GD I was only mediocre. I also learned that when it came to team sports you have to be able to put the ego aside and play for the team not for yourself. Luckily I made county but only by a whisker I can imagine. And all these hard life lessons at 11 years old.

So now when I read the back pages and I read about Cristiano pulling strops or players being quoted as pulling strops like Tevez because they want to leave the club I just get annoyed. You’re a footballer let your feet do the talking not your agent in the back pages . It demeans you as a player. I know that this all about building your brand and telling the club what your intentions are but can’t you do it over a starbucks coffee like the rest of us? Negotiations aren’t tabloid fodder. And if you do want to be a legend like Henry then learn to have some class Theo. And maybe some decent facial hair. I dunno. Something more than whining about where you play.

As for the money. Over it!

A-Sexy Due Diligence part 2 Virtual So you meet a guy and immediately after The Grill I now Google him.[...]

A is for Angry Sex  part 1 There are two types of Angry sex. The first is the makeup sex[...] 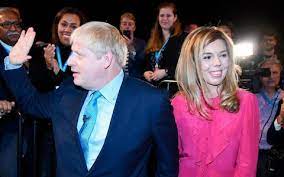 Competing for dick The sun is shining after the wettest May and, we my lovelies are ready to date again.[...]