Frenemies part 4 How to spot a frenemy

The trouble is they are hard if nigh on impossible to spot but there are a few signs if you stop, go silent and listen to the voices in your head. None of them are a complete surprise it is just their level of resentment to you that will shock you. They will always be mildly competitive though so that’s an obvious sign. So here is my attempt to detect the frenemy.

1)      You get on really well but the dynamic changes when other people are in the space. With men they may drop in a few funny stories that don’t paint you in the most

2)      They will refer to you as crazy, mad, hilarious, wild or…one of a kind. This is code to others that they think you are a bit too much and that they should tread with caution.

3)      They will be the voice of doom and gloom whether it be about your relationship, your

work aspirations, business, or life. It’s never ‘go for it girl’ unless they think you are likely to fail.

4)      They can be male or female. Sex or lack thereof is a key dynamic. Friends with benefits is a frenemies weapon of choice. Don’t be stabbed

5)      You actually don’t like them that much and you can’t pinpoint why but stay friends out of a misguided sense of loyalty or not being able to rationalise not being friends.

6)      They say things in jest or in passing and you don’t pick up on it at the time but later you think, that was a spiteful / jellyfish sting of a comment but let it go because you don’t want to be accused of being too sensitive. One friend kept telling me how non maternal she thought I was. No need.

7)      They are quick to jump to the defence of other people who you feel have done you wrong. Their favourite opening line is “Well maybe you heard it wrong / maybe you’re too sensitive / have you thought that maybe they meant…”

8)      They come into their own when something has happened to you like they’re galvanised into action by your misery. It gives them energy. This is the most dangerous of all because you then feel indebted to them.

That’s it. Hard to stop as they camouflage so well but once you have an inkling my advice would be to get rid of the frenemies or accept that one day they will sting you.

2 thoughts on “spotting the frenemy part 4” 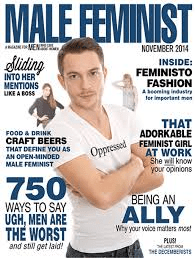 The rise of The Fashion Feminists On my dating quest I came across a rare yet, increasing vocal beast known[...] 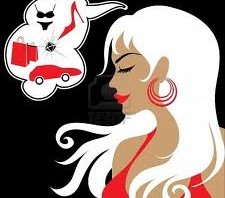 Signs of an amateur rinser part 3 There are signs It’s a thin line between being a rinser and a[...]

A – Sexy D is for Daddy denial But then a friend pointed out to me that this stance has[...]