I’m not one to be particular impressed by those who claim to be a fan of the blog. Now with social media being the accessible tool of our generation it’s easy to meet new people and form attachments. But in this life of interaction it’s rare to find someone you really connect to.

Enter Mr Twitter. We began a facebook pen pal exchange after a twitter exchange which eventually morphed into a phone call exchange. He was interesting, supported the right football team and he was a writer so what could go wrong? He was the male version of me only less fabulous. He would argue otherwise and he thought he was funnier too but I just let him. The male ego is so very fragile.

2 days and 15 hours of T mobile free talk time later we were both a little hooked on each other.  I was thinking, THIS is how easy it is all supposed to be. My friends tried to warn me to slow down but, as with crushes, cocktails and chocolate I’m not one for pacing myself. I dove in heart first. After all, there is no other way to love my precious.

At this point he said he didn’t know what I looked like. He said it didn’t matter which I knew wasn’t true as men are visual beings but I played along. When he did see my picture he paused then said that I didn’t look very African.  As my African ancestors rolled and humphed in protest I knew this wasn’t the overwhelming response I was hoping for. What did I have to do, send a picture of my Africanness? He tried to back track but it was too late.  He compounded it by telling me in the same conversation that….. he didn’t want to get in the way of what I wanted in life. He wasn’t going to cockblock me. How generous of him. Note to self, this is the latest version of the ‘lets be friends’ conversation.

This was the point at which I should have sashayed off to get some Haribos and called a friend for a bitch. But the conversation continued and we met. I thought all was going well but then…he disappeared. You know the ‘I’ll call you back in 10 mins’ line that turns into hours? That’s when he decided that lying was the way to go because clearly I couldn’t handle the truth. It would have been easier if I had told him then that this was not a few good men and that I was grown enough to handle the truth. It’s BS I can’t handle.

He told me that he didn’t want to get too addicted to me. I was compared to some sultana biscuits from M&S.  I love M&S but I really hate sultanas. He said that he needed space. We had met once for less than 3 minutes. He called me more than I called him. How was he suddenly feeling so crowded? And why was I suddenly the problem in his life?

Then the emotional guilt started. Apparently he hadn’t had free minutes on the phone he had been using. It was only on the other one. (Let’s ignore the fact that he has two phones for a minute. I know my precious but I didn’t have time to consider what this meant).  So his solution was simple. He was going to send me a T-Mobile sim card so that he and only he could speak to me for free whenever we wanted. Ok, things weren’t as bad as I thought. I bulked at the word T-Mobile but I bravely gave him my address.

I’m no fan of Royal Mail but that was ……4 months ago? After a week or two I realised that here was a guy who liked the flirt and the friendship but wouldn’t ever give me any more. Instead he flaunted photos of his exes on facebook and told me that I needed to get over it. Fine. Then best he leave me alone.  But no, when I quizzed him about the sim card he told me that his child must have taken it. I can tolerate a lot but blaming a child for something goes beyond the pale.

I plodded along with a heavy heart under the guise of friendship. Don’t ask me why but we women feel the need to remain friends with people we interacted with for half a moment just to save face. But when I found myself giving feedback on his writing I thought to myself, no. This time I wasn’t going to pretend that it was ok.  So I stopped picking up calls and changed his name to Pr**k Headf**K. He quickly realised that things had changed and stopped calling. I guess it was never that important to him anyway.

And so a corner was turned in my interaction with the male of the species. When they have hurt or disrespected me I don’t pretend that it’s ok and that we can be friends. Because we really can’t. Instead I throw myself into work and my party planning and keep on stepping. Because the amount of time I spend on them I could be spending on me.  Timewasters are not a good colour on me.

The only other good thing to come out of this is that my relationship with O2 hasn’t been compromised.  A girl has to look at the positives, right?

There is something rather special when you meet someone and they sell themselves as a traveller, a business man, a[...] 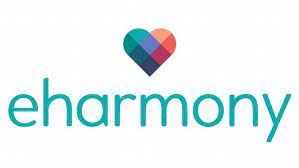 My Eharmony Sunday -a mizzadventure As outlined in Are Dating Apps Whack and it’s update, I made the mad January[...]

Last night I was booty called. Yes I know my precious I’m appalled too. Not because it shouldn’t happen but[...]