My first mistake was that I went to a Christmas party. I know my precious I’m not a massive fan of work related xmas parties either but this was a social group. It couldn’t be that bad. At said party there was a dude there that I’d met before. He’s not hideous and until now has managed to present himself as normalised and without obvious issues. We’ll call him Mr Pounded Yam for ease.

We start catching up and then he asks me why I’m not drinking. I explain about the marathon training and how I have a long run tomorrow. He starts telling me that I can still drink….Yes I know I can but I don’t want to as I won’t feel good tomorrow. He says something about knowing loads of guys who run marathons and they drink. Well good for them but I’ve chosen not to drink at all until after the marathon. He then asks me how long my marathon is. I explain that standard marathons are all the same distance, about 26.2 miles / 44.2 kms. He tells me I’m lying.

Yes according to this guy a marathon just means a long run and they are all different distances? I ask him how can they have different marathon distances and have it as an Olympic event? He looks confused by this argument and I ask another guy how long a marathon is. This dude claims that it’s 33.4 miles so he’s of no use to me whatsoever. I decide to let it go but any chance of a mistletoe snog flew out of the window with that stupidity.

I try to change topic but he needs to prove that he knows something about something.

Him: Well all people who do the marathon lose a ton of weight.

I say not necessarily as some eat quite a bit for energy but some do. He looks at my body critically and says, “Your problem is you eat too much pounded yam”

So the indication is that I’m fat and eat too much?

I tell him that I don’t

eat pounded yam. I’m from South Africa and we don’t even eat yam. Then he says…..wait, I need a moment, “Don’t be stupid all Africans eat yams. Everyone knows that!” He’s from an Island.

I tell him that no, in South Africa we don’t. He looks at me like I’m crazy and says, “So what do you lot eat?” I tell him that our staple food is maize meal. He says, “isn’t it the same thing?” I tell him not quite although it’s not too dissimilar in uses. “So you eat it with stew right?” I hmmmm and mumble.

At this point I look for someone, anyone else, to talk to but I’m trapped at a table in between him and the guy who thought 33.4 miles was a marathon. It’s not looking good. I fall silent and look wistfully into the distance hoping that the Universe will save me. Alas, the Universe is busy. It’s a Friday night before Christmas and there are a lot of women out there to help.

Him: So how come you’re still single?

I ask him how come he’s still single and he says that’s because he has other priorities. I reply with, “As do I” and go back to staring into space except now I’m glaring.

Him: No seriously, how come you are? You know so many guys!

Me: I do meet a lot of guys you’re right but I just find a lot of them really ignorant.

Him: What do you mean?

Me: They just ask stupid questions or say really ignorant shit like they know? (I’m being pointed. The lack of alcohol is making me impatient maybe)

So the insult went over his head?

Luckily a new person comes into the bar and I squeeze myself out of the table to greet them even though I don’t like her much .

And therein lies another lack lustre conversation in a bar. I need an intervention before some  body gets hurt

We’re going to Ibiza! This isn’t an ode to my love of 90s music and Vengaboys although I can be[...]

It’s 29th of February so women are supposed to propose to the guy? Erm, not during a #datingrecession. Women are[...] 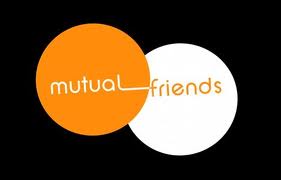 M is for: Mutual Friend So I spend a lot of time on wiki. More time than I should during[...]