On Saturday I was having a fabulous day. The weather was perfect, I’d caught up with Baba Black and, there was both Africa Writes AND BFM Film Festival that day. London at its finest. I was feeling brave enough to wear my yellow sunshine dress. You know the dress in which you can’t drop anything? I put it on and thought, boom, how can I go wrong? Then I remembered the film festival was in Tottenham and promptly changed into a maxi dress because I used to live in Tottenham and I know that the Tottenham thirst is real. I couldn’t take risks.

On the way back I was stopped at Seven Sisters station by a guy who had followed me in. I assumed the defensive stance. You know the one foot towards the station staff and one arm out in case he starts something stance? I’ve learned my precious that one must assume the worst when strangers approach you from behind. Thanks Brixton.

Anyway the dude started with the compliments about my natural hair and said I was beautiful and he just loved the way I carried myself. Normally this would be the point where I would tell him all the things that were wrong with me from my belly to my bad hair day but today I just listened. I told him thank you but I wasn’t really dating right now. He said he’d wait. Really? He just wanted to be friends? We’re making random friends on the street now? He asked me if he was my type and I said no then he asked why and I was just too happy to tell him about himself. He just seemed so happy. Who am I to tell him that I’m just not into that nu African, station hanging, gold toothed look? I looked at him and I just didn’t see it and they do say attraction takes 7 seconds.

He wanted my number so that he could call me just to say good morning or good night. Alarm bells went off. You know I’m a light sleeper. He offered to cook for me. I pounced and asked him if he was a vegetarian. Of course he was and I told him it could never work. He said he’d make me fish. Drat. I love fish but, I stayed firm because what’s the point in leading someone on. He offered to get down on one knee and told me he’d put a ring on it. I had to laugh. The persistence was so familiar and yet, this time I wasn’t offended. What it did show me is that some guys do put themselves out there on the daily (I’m sure I wasn’t the first or the last that sunny day) and who am I to make him feel like that’s wrong.

Maybe it was the sunshine or maybe it was the fact that his lyrics sounded so honest and genuine but, he left me smiling. I’ll never see a gold tooth shining without thinking of Mr Seven Sisters.

So Mr Seven Sisters and are were friends for a wee while but then he started to tell me about myself. I needed to cover up more because that maxi dress was a one off and he’d seen me in shorter outfits and I was disrespecting myself. I shrugged and went about my business.

He bragged about his Council flat and how he was working towards being free of the man by never paying taxes and… Again, I didn’t see how we were a match.

Then we got into a post beef and he called me the ugliest names imaginable. That’s when I saw it. The intrinsic link between hotepery and misogynoir and I blocked and bowed out. I guess a moment in the sun in a maxi dress is all it was meant to be ? 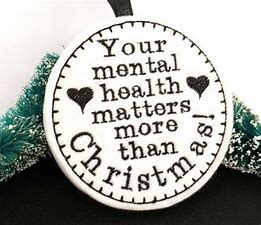 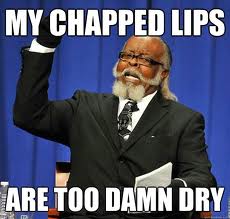 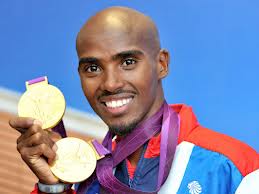