Goldie vs the first date 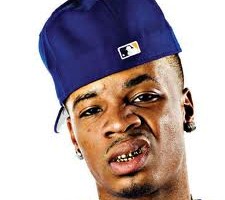 So Goldie and I talk and he says that he wants to take me out next Sunday. So THAT’S why good girls always get taken out. They act like they need to be. Lesson learned. I say cool we can make a plan.

To be honest I don’t remember much except the gold tooth. I remember asking him about it and he said he broke it and so had that gold thing put around it. Like the fact that it wasn’t a whole gold tooth made it better. I pretended to understand but resorted to snogging instead. That way I didn’t have to look at it.

Back to the call and he asks me if I’ve ever been to a Trini restaurant. I say no and he suggests we go to Edmonton.

Edmonton as in zone 4? This isn’t going to work. I do a quick Addison Lee calculation as I don’t think there are many black cabs with their lights on there and figure that it will cost me close to a hundred pounds to get there and back. Edmonton doesn’t have a tube station right? So I tell him that I don’t think Edmonton is a good idea for a school night. I’m really getting into this good girl act.

So he quickly comes up with plan B. He suggests that we meet at the club we met at previously at 7am and then…..go swimming.

I’ve never heard such nonsense in my life. Apart from the emergency wax I would have to fit in and the purchase of a new bikini I would have to do something about my natural blow dried hair. I don’t know how wigs fare in chlorine and I’m not ready to test this out on a date.

What sort of suggestion is this. And then it dawns on me! Maybe he’s trying to get me to go to one of those nudist spas. Yeah, like I’m going to get tricked into that….AGAIN. But that’s a whole other blog.

I exclaim swimming! and he says that he loves it and asks if I can swim. I seize my chance and say no. He doesn’t have to know about the 10metre race where Sharanjeet held onto my ankle and lost me 1st place when I was 8.

But Goldie seems to be on a roll and suggests that he teaches me.

I’m not a happy camper. I ask him where we would be going and hold my breath waiting for him to say Rios, the nudist / sex spa in Camden. Or maybe he wants to relax at a spa for the day? But no my heart sank as he said…..Brixton Rec.

So this dude wants me to go to Brixton Rec on a Sunday morning? On a first date? Is it me or is there something wrong with this picture. I just can’t.

I call him the next day and tell him that I’m not keen. He says call me later and we’ll discuss it properly ….

So now I’m just going to avoid his calls. I realise that he’s going to cost me way too much in taxi fares and unnecessary trips to the hairdressers. Which is why I don’t date outside of zone 2!

6 thoughts on “Goldie vs the first date”

So recently I’ve shared some of my more vanilla fantasies and dreams with friends only to have them dampened. In[...]

I was going to write a cheerful tale of an ex but this will have to do instead. Last night[...]

The wake up call So this morning was my day off work. Not only hav I been recovering from jetlag[...]