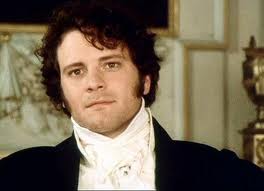 I am yet to find the one literary character that stands out above all others as my favourite. I couldn’t think of a favourite author so a character is harder. And one that everyone will have read? Even harder.

Initially I thought Liz Bennett aka as Mrs Darcy from Pride and Prejudice because who doesn’t love that character. I do but then I didn’t love the book. Jane bored me and the other sisters like Mary were just too one dimensional for me to really love it. I love the romance. I loved Mr. Darcy. Who doesn’t about from Mrs Bennet and Wickham?

Green Gables.  I loved Anne. She was a minority too. She had carrot ginger hair. I loved the film with Megan Follows and Jonathan Crombie as her nemesis Gilbert Blythe. This was the Sookie Stackhouse books of my generation. Vampires weren’t in yet and I found Sweet Valley and Nancy Drew a little too American blonde for me. I was nursed on Mallory Towers and anything Enid Bylton.

So recently I was at my Dad’s house and I found a copy of one of the Anne of Green Gables books. It’s the one where she is having mixed feelings about Gilbert and he gets really ill. ( I need a moment to compose myself)

I read the book and as I did I realised that I didn’t like Anne much at all! Where was this character that I thought was funny and ambitious and didn’t mess people around. Not in this book. And then it hit me. I actually loved Gilbert Blythe. He was the faithful man who knew what he wanted and went about it with a dogged determination that was missing from Anne. Anne wanted the unrealistic dream that she had held as a young girl. Gilbert wanted Anne….and a medical career.

So this threw me. I had always thought that my favourite character would be a woman. But I loved the arrogance and influence of Darcy and the faithful nature of Gilbert Blythe. These are both  characters who weren’t the protagonists but provided the stability the main character lacked. It is evident from the beginning that they are destined to be together and yet the main character has to get over herself before she can get with them.

I pause to consider the significance of this male character who is consistently in love despite being rejected by the woman time and time again. And then I realise that what I like about the male characters is that you see them grow and take responsibility for their mistakes a lot earlier in the book. So their resolution allows you to enjoy them more fully. I find the angst of female characters – cos we always seem to feel the need to give them a crippling flaw such as insecurity – a little old. I loved the shopaholic series but after a few chapters you find yourself frustrated with her inability to control her spending. Didn’t she learn from book 1? Apparently not.

I’m off to write a literary character I actually like. A woman

The new West African wedding song?  click on the link to see it Dear eLDee Congratulations on your 5th studio[...] 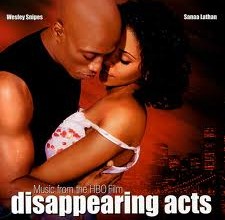 Disappearing Acts This is one film that I wanted to love but like every Terry McMillan book it just didn’t[...]

#RandomThought   Me If I was a famous man I would just put my hands up and say I’ve been a[...]