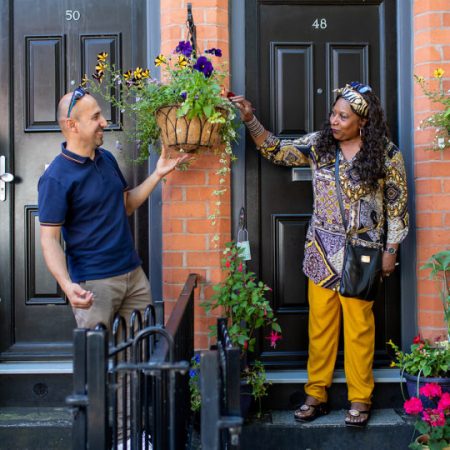 Yesterday I had a delightful lunch into supper with friends. It’s always lovely to hang with couples and just relax on a Saturday instead of the usual manic chores. They gifted me with two throws as, every knows and appreciates my allergy to cold weather. Then one of them drove me back home as it was already dark.

We get back to the village and continue chatting in the car. A few minutes latter my neighbour comes storming out like someone owes him money. He reminds me of Nasty Nick from Big Brother 2000. Or Nasty Nick Cotton from Eastender. He’s just got that nasty energy. I’m going to call him Nick even though I know his name

Let me go back. Nick is a relatively new neighbour as he moved in last June. His mum helped him move in which, for a man his age was a bit weird. I’d guess he was about 50? I spot him in the street sometimes and he NEVER remembers who I am. We’ve had 2 or 3 conversations but that’s me doing the safety pin tight smile of politeness whilst he goes on about something or other.

I quickly assessed him and my lay persons diagnosis is that he’s a drinker with some medication. Just a hunch but either way, I don’t have the energy for my neighbours.

A few years ago they decided to turn this corner of Chelsea into a conservation area. I honestly have no idea why but I suspect another one of my neighbours for instigating it. Now we have 2 active whatsapp groups (one for crime and the other for nosiness), a newsletter and, during the pandemic, a whole heap of give aways and lost and found concerns. Would they be the neighbours I would choose? Nah. But it’s quiet and safe and that’s about all I ask for in London.

Now back to the neighbour

So Nick storms out and comes to the driver’s window and demands to know what he’s doing. My friend explains that he was dropping me off and assuming that he’s upset about the engine running switches it off. I’m perplexed by the aggression but then, drinker. Neighbour explains to the driver that he has to ask as the neighbour is notorious for stabbings and drug deals

The village has turned into Midsomer Murders meets Trainspotting? Since when?

I decide to get out of the car as clearly he’s a liar and a drunk so this won’t end well. My friend drives off and I, once again, explain that I’m his neighbour. He becomes contrite and apologies. He says he was in a zen state and suddenly heard this car and it interrupted his zen state. So no mention of drug dealers and stabbings then.

I’m all, whatever dude, do you and try to make my way into my flat with my safety pin, tight smile on and saying a little as possible but, he’s now in a chatty mood and asks me about the throws in my hands. A quick conversation about Wilkos and I assume we are done here? We are not done.

He then propositions me for sex. I do the womanly thing of pretending not to hear him and carry on down the stairs to my place. But he’s persistent. He says that this isn’t the first time he’s propositioned me. I assure him that it is and looks confused. Maybe there’s another Black woman living on the street that I haven’t meet yet?

He tells me that it was his birthday and asks me to guess his age. I think he’s mid 50s but, faced with a drinker I decide to be generous and guess 43. He stops flirting and says, “How dare you!” I guess I was wrong and that alcohol is not kind to the skin.

Just as the light switches on at my front door he shouts that he’s locked himself out. I’m thinking, how is this my problem? I suggest he call on the other flats in his building and he claims they’re all on holiday. I look longingly at the door and he says, “Can I come over to yours?”

I say no and he gives this nervous laugh and says that he was just kidding and he has the keys and he just wanted to get his leg over.

And so ends the most exciting Saturday night I’ve had since lockdown. How is this a thing where you’re proposition NEXT DOOR NEIGHBOURS!

Universe, I beg you do better moving forward. Someone sober who doesn’t tell porkies and look 15 years older than they are? 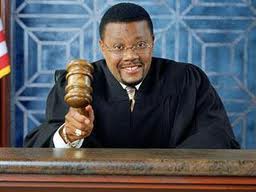 So back to Dalston and the Judge. As I sat on the judging panel a man walked in who was[...]

So to put this guy into perspective we went on 1 date over 5 years ago. He asked and[...]

Mr Surprise August! The sun is out and I’m walking back from Queen Esther’s spa Brixton feeling lovely and toasty[...]