My dating year in review.

Fuck Facebook and their year in review. It tells me what I already know: My dating year was pretty piss poor. The few and far between this year haven’t helped me.

Most of my dating conversations were guys who weren’t keen on a relationship and just wanted sex. Yawn. This is so 2010. We’ve been here before. They can’t even guarantee me good sex so, what’s the point? Who would intentionally get involved in a mediocre sexual liaison? Seriously, who?

No, this year was a year of just getting on with things quickly and not dwelling on the disasters. Because there were some real humdingers.

Let’s see, where to begin…..there was the crackhead who I loaned money to and then had to chase for 3 months to get it back. Yes, I’m more annoyed with the fact that I had to chase someone down for money than I am that he had issues. The signs were there. If someone tells you that they’ve been in therapy for over 4 years and are a) not fucking the therapist b) getting over their issues c) don’t seem to have any real issues aside from selfishness and an inflated sense of self importance then, chances are they’re not for you. Also if they tell you they have a job find out how many hours they do. 6 hours a week is not a job. It’s commuter time.

Then there was the dude who stood me up last year. He was cute but not cute enough to warrant a second chance until I saw him at an event. Then he laid it on a bit thick until the time when he decided that inviting himself over for sex was the way to go. The signs were there when he let me carry heavy bags for half a mile before he offered to help me. That’s not a guy that’s very into you. He’s waiting for that perfect woman that will be his everything when he’s not willing to be everything to her so, good luck with that. But the sex invitation was just tacky.

Then there was the on again off again fuck buddy. It had been 3 years so long enough for both of us to have changed. The one thing that had made him any good was that he was attentive, fit and that he was giving. This time he was unfit and he was selfish. We’ve not spoken since. I’m more upset about losing a potential rodent killer because that was his secondary role in my life. Living by the river is tough y’all.

Then there was the guy who couldn’t get it up and decided that , in his frustration he would make up for it with some aggressive foreplay. I’m really not into pain. At all. People must miss me with that crap. His issues were deeper. He was 45, living in the same house share for 8 years and stuck. He woke up the next day and had lost his phone so we had to go back to the party as he didn’t know where the house was. I think he could tell that I wasn’t impressed by any of his shit and disappeared.

So there have been no dinner

s, no trips to the cinema or theatre, no walks along the embankment. Just walks to bus stops and requests for dinner cooked by me. The recession has changed dating now to where people just invite themselves over and ask you to cook for them. I hate this shit. I barely cook for myself and now you want feeding too? Nah.

Hope next year brings a whole new calibre of dates. 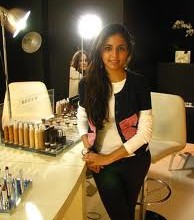 The frenemy part 2 People tend to think that your frenemy is of the same sex. I know Single White[...]

F is for Frenemies online As the world becomes more virtual so too does it seem to take on the[...]