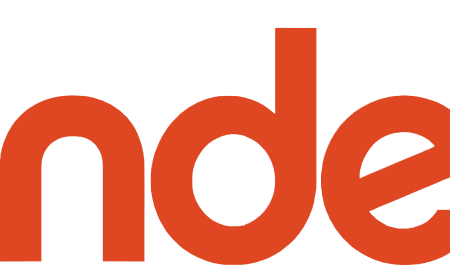 Ok so it has been a hell of a dating ride. When I set up this #40daydating challenge I thought to myself that I wasn’t going to get more than 10 days and I’ve already had 7 (yeah I left when Hot Gym Dude was late but, it counts. I was at the agreed spot at the agreed time)

But then after the initial exhilaration over my dating success (Some of my precious American readers please note sarcasm and insert here) I realised that I’d have to work smarter if I was going to meet anyone worthy of taking beyond the 40daydating threshold into happily ever summer. This wasn’t going to be easy! So I sat down on my rest day and focused on what had gone wrong and what was going right. This was a relatively quick process because there was so little right so far that I only needed to focus on the wrong. And there were so many Mr Wrongs!

Oh my days this is a bug bear! I’m an eighth German and that eighth is punctuality! I’m not built for winter or British. I’m too curvy dresses and leggings for that shit. Stop your foolishness.

We had the one who had just reached home 10 minutes before our date time (8.30)  and took an hour to get there. He couldn’t tell me before I left my house? He had to wait until 8.20? How did he think I was going to get to the meetup on time? Oh he didn’t because I think he assumed we would both be late

The one who was 84 minutes late to a gig which started at 8. Luckily I was in the warmth and listening to good music (Thanks SofarSounds) but, I don’t get it. The only thing he was bothered about was that I saved him a beer. I think this was code for, I’m not spending a penny. More on him another time.

Then the Dad who was 30 minutes late because he couldn’t find parking at 7pm. In SW London on a Monday ? You are a liar.

Finally and most distressingly because I was actually looking forward to it was Hot Gym Dude who, after 15 minutes wait outside Clapham junction hadn’t called. Then he told me 10. Then he told me 5 (30 minutes later). Then finally he said, “Mi reach” but I’d gone. 49 minutes is not the one. Not even the promise of those biceps could keep me on that street a minute longer. Just say you couldn’t get away from your woman and let it go.

So the rules are simple. I don’t meet anyone at a station or on the street again. I am not a prostitute and there are plenty of bars and coffee shops in London. I will only wait 20 minutes for a date, 30 if you’re cute and given such good banter that I’m already naming our babies in my head. Kidding. I chose all of my babies’ names 20 years ago.

Remember when we were in a recession and nobody wanted to put their money on the table? When going to dinner was going to Nandos every single time? When guys used to tell you that they had just eaten whether it was 6,7,8,9,10pm?  Then they looked longingly at your food and stole your chips?

Yes, we are back here again. Which is not a problem. It’s good that people are being careful with their money and I don’t need a man to splash the cash on me. That said I’m really not ready to splash the cash on them either I get that they have child support and rent to pay but, so do I. My child support consists of books, clothes and music. Feeding my inner child. So far I’ve had:

Cheeky coffee one, “I know you don’t want me to contribute do ya? You’ve got this. I only had a coffee” and half my chips!

Nandos, “babe, you got change?”

And the dude who told me that he was trying to save for a property so, er, yeah. Money be tight. The bill was £21.

This role reversal thing is not cute and I’ve decided I’m going to make it clear before confirming that, I’ll happily pay for myself but expect the same from them. I’m not here to sponsor people and their lifestyles. I’m going to get a t-shirt which tells them so. “Nah Fam, I’m not the one!”

So Rule 2 is to stop paying for dates. I am sure that HMRC won’t let me write them off as business expenses.

It’s ok to be an optimist and give the benefit of the doubt but Maxine Saj, my budda belly is rarely ever wrong about men. Food, not so much but, men? Men she knows.

So why when I can see that they’re not communicating well (ie at normal times) or they’re too aggressive or their typos are more basic primary school grammar am I still going out on dates? I seriously don’t have time for this. Yes, the magazine and society has told us not to aim too high when it comes to men because men have the power and a lot of choice and are Neanderthals etc but this has gotten to a point where basic respect is missing.

The last and best rule is to trust my gut. It has never ever steering me wrong. Except for that chicken. Why is it always chicken??

Hopefully the rest of the challenge will be less dramatic. I just don’t think the wasteman to decent man ratio on Tinder and POF should be ignored. There are a lot of frogs out there. I’ll just try not to hang out with all of them.

So there was a time when I tried cybersex. It wasn’t for long as I get bored easily and few[...]

A-Sexy: C is for couples part II Beware the smug couple friend whose intentions seem genuine but really are just[...]

The joy of no sex As most of us enjoy sex the thought of no sex is quite hard to[...]