So the other day I met a woman who was lamenting the woes of finding someone over 45. I can understand that at each age we all have a dating issue but at that age I do get it. Clubbing may not be something you are into anymore and it seems superficially that there aren’t that many single men at that age.

As we were talking she mentioned where she was from and I had one of those light bulb moments and thought of one of my male friends who was also single that could be a match. I thought about the obvious deal breakers. But they both had kids, the heights were a match and as I showed her his picture she quite fancied him. So I made the call.

Long story short they spoke, seemed to get on and exchanged numbers. He did call me later to make sure she wasn’t a minger but I assured him she wasn’t. My work here was done. With a fist punch to the air I exited stage left.

And then the call came.

I got everything she wanted in a man but I didn’t think hard enough about what men want. I thought a pretty face and not crazy were enough. Here are the things I should have checked for which, in my excitement I didn’t think to ask:

One, she only knew one part of London despite having lived here ALL of her life. When I told her where I lived she said that it was far and she didn’t know West London at all. Fair enough but it turns out she didn’t know North or South either. She was familiar with about 4 miles worth of east London and that was it. She had barely been abroad and hadn’t been back home for over 30 years. And they went on….

So after a conversation with my male friend he was able to gather all of these facts. I did gain some of this knowledge when I met her but I just figured that he would be happy that she was cute. Apparently for some men that’s not enough…(if I’m honest he’s a curves man and she’s petite. What was I thinking.)

So alas this was a miss match. I tried my precious but I didn’t qualify what was important to him. Only to her. Lesson learned and next time I won’t be so quick to suggest until I get to know ole Broken Biscuits a bit better.

But I will continue in my plight to hook people up. Those that can’t date, match others. 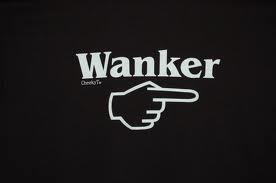 The Wanker part 2 In January I wrote about a wanker I met on an adult friend’s site This was[...] 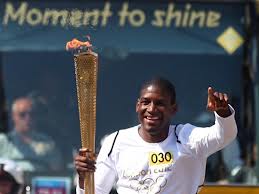 Dear God I’m behind on updating you. Forgive me my precious but what with the sun out last week and[...]

Those of you online today will notice that I’ve discovered a new pet peeve. A group that winds me[...]