So years ago I was on Plenty of Fish. Those are hours of my life I won’t get back. My main problem

with it is that it’s free and so has absolutely no filter system. Everybody and anybody is on there. Phrases like some college and casual / friendship fly around the page like superman doing interval training. It’s not really my cuppa but, every internet dater will end up on there at some point. Trust me it’s a rite of passage. There is only so much Guardian soulmates or Match.com any one person can suffer.

arted chatting. It soon became apparent that we weren’t really a match. He was American south conservative and …..I’m not. The conversation went on for a few hours but it was so friendzone-y that we were both just filling in the time. It naturally petered out after a few days and neither of us felt the need to breathe new energy into it.

A few months later and he popped up again and tried to have the same chat conversation. I told him that we had spoken before. He accused me of lying. I recited half of the conversation (damn this memory for useless facts).Then he had a proper go at me. Why hadn’t I gotten in touch? I was selfish and rude and …..I deleted him as he really got into his stride. I just didn’tree. So the next time I went on I was wary and tended to use the chat more than the email. You can tell a lot about someone by the speed at which he types and what he says… I think.Mr POF appeared out of nowhere and st have the energy. Besides I think I was talking to a guy who was patiently explaining to me what some college really meant.

So imagine my surprise when he turned up at an event I coordinate. How was I going to navigate this? But the dude didn’t recognise me. I don’t think I look that different from my photos online. I’m not 20 lbs heavier (side eye to those that post old slimmer photos. Stop the madness) or 5 years younger and I don’t even know how to photoshop. So how did he not recognise me? Amidst my relief I was slightly indignant. Can a hair style really change a person? Am I like a female Clark Kent?

He was a sweet guy in the flesh which further supports this notion that some people can be angry and bitter online but still know how to behave in the real world. He did have terrible breath on him though. I didn’t stay around for long as the guttural smell wasn’t inviting.

He disappeared for a few months then, the other day he came back. Half way in the conversation

he explained that he had been ill for a while and had only just recovered. The foul breath was also gone. I felt a little bad for avoiding him at the previous event but, how is one to know that the person was seriously ill and not just shy to look after their personal hygiene? I teased him and he didn’t fly into a rage instead teasing me back. Maybe he had been in a really bad space. I almost felt sorry for him.

But alas, we could never date. He is still American South conversative and…. I’m not. Also internet dating is really just an intro. You really don’t know what the person or persona on the other side of the screen is about. Y

ou have no references to their past and you can’t tell if their breath smells.

So get out there my precious. Date in the real world and leave the internet to those who don’t mind being yelled at by strangers.

OK so all over my timeline people have been bitching about Louis Walsh. I for one would like to stand[...]

Dating Values part 2 Money First date , he pays. I offer but I only have my cab fare on[...] 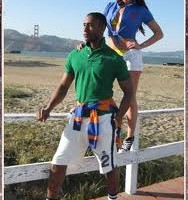 So the next day after a decent night’s sleep I’m rudely woken by a call from a number I don’t[...]