In this condom I trust

So this is one for the guys. I hate to say this about my sisters but sometimes….we lie. We have done a full assessment of your suitability as a Father and even when there are indicators that you aren’t ideal Father material (because you are doing your best to show your arsehole side) we still think genetically it is worth the risk.

The thing is this: We know a lot about how your body works. It’s our job to know. And yet when it comes to us you get all squirmish and believe what we tell you? I know sex feels good without a condom but unless you want to spend the next 30 odd years having to deal with a woman I’m guessing it’s not worth it. Oh yeah, fatherhood doesn’t end at 18. Another myth dispelled.

Here are the biggest lies you will hear from women:

If I was a guy I would wear condoms every time and dispose of them myself. I’ve heard of women using the precious contents of said condom for her own turkey basting later. (Another reason not to trust a woman who is handy in the kitchen, but I digress)

I also would never ever wear a condom a woman presented me. Those bloody needle pricks are hard to see.Yes I know that trust is a big part of relationships but let me tell you that a biological clock is louder than any conversation the two of you will ever have.

I’ve known the most intelligent women who have trapped men who aren’t stupid, just quick to buy into their stories. One friend had a lucky escape as she didn’t fall pregnant, another she miscarried and the other…well we are 5 months away from balloons and an 18 year sentence with a woman who told him she couldn’t have and didn’t want kids.

Do this for your bank balance and sanity if nothing else guys. 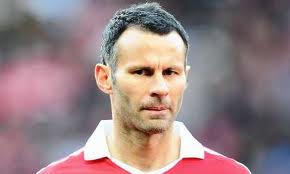 After my escapades last week on Tagged I realised that visual and status honesty are important to me. Yes indeed[...]

Update on 2 week crush a month later. He wasn’t in a minor accident as I had hoped. He mentioned[...]

The Blood wolf moon came and went without the world ending. I was ready for the Apocalypse and had stock[...]