I keep on fallin’

He was tall, dark and African arrogant with a vulnerable smile. I met him at a social mixer and I put on my best flirt face. Yes, I can fake it when necessary my precious. A shared love of sport and sex meant that we were soon talking on a more intimate level.

After long phone calls and online chats (my typing speed sky rocketed to 20 wpm ) it emerged that he was in the middle of a divorce. I ignored his bitter comments about women and focussed on all the things he said he wanted in his future relationship. That’s right, I was in true crush mode.  Divorce be damned I’d found myself a live one! Yes, he was an accountant but that just meant that someone would be able to explain my high cocktail budget to my bank manager.

We hung out in bars, snogged like teenagers and I was floating on cloud nine. The cloud deflated a little when he told me that he wanted a relationship but wasn’t going to ever marry again. He declared that he didn’t want kids til he was in his 40s. I wasn’t sure that my eggs were going to be able to wait 7 more years but, like me, they were willing to get into the game.

So then I invited him to the Alicia Keys concert which was another shared love. I’d bought tickets and had a spare. I introduced him to my friends Linda and Tat. Tat told me to be careful as Linda and I discussed christenings colour schemes.

When we got to the O2 he started bitching about the seats.  His words were, “Next time I see Alicia Keys I want to be in the front row and looking straight up her skirt. I want to be able to smell her *****” I was confused. She was wearing trousers. Besides, we were in my favourite section.

After the concert everyone was waxing lyrical about the concert whilst he bought himself more double JD + cokes and seemed to be drowning his misery. I fi 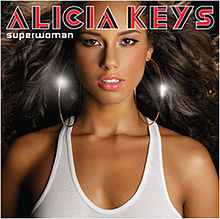 gured he was in a bad mood and was willing to let it slide but then he …he started flirting with the other women in the group. Oh hell no!

I pulled him aside for a chat. Turns out that despite everything he had said he didn’t really want a relationship at all but he hadn’t figured out how to tell me so he figured it was easier to show me instead. He had also become best friends with my ex friend Tat who turned out to have a bit of a thing for him too.  I’ve warned you before about watching your single friends my precious. Tat had told him about our christening colour scheming 6 years ahead of schedule.

A woman’s worth is more than a concert ticket so I reminded him that he still owed me for the ticket. His response was that he’d bought my friends lots of drinks . That should make us even.

Oh he eventually apologised for his behaviour that night and he’s all loved up now with a kid way before his 40s but to me he’s just another Lesson Learned. I keep on falling’…..in love with fools