trying to angry fuck to someone else who hurt them. This is the repressed non-consensual angry sex not to be confused with makeup sex.  The thing is I’m a firm believer that sexual baggage should be left outside the bedroom door. How on earth is one meant to enjoy themselves when your goal is to punish them for crimes someone else committed? And how are we to know what you’re so angry about? Anything can be a trigger.

Unfortunately my precious this is the sort of sex where no matter how romantic the build up afterwards you realise that you were just a means to an end so it’s hard to feel good about it. You are just a vessel for him to pour all of his venom and frustration .

It usually occurs early in a dating relationship and the element of surprise is what can prove dangerous. As my Brown Owl said before expelling me, “Always be prepared.” New sex is potentially angry sex. If he is a little smooth he will hold back on angry sex on round one. But those that are still caught in the dramas of their previous relationships have no such restraint.

I was with a guy who presented as normal and balanced. He was a bit of an idiot but then, nobody is perfect. As he stirred the dinner he was cooking though he mentioned his ex, gripping the wooden spoon a little too aggressively and ….the look on his face should have told me that, well he wasn’t quite over it. But, I had my overnight bag and so many people still seem a tad bitter about their exes. Breakups (see B) shouldn’t be this bloody bitter, surely?

night before. Instead he was exorcising his demons on my poor, slightly tender body.  My thing is that they get to dump all of their negative emotions on us and walk away feeling lighter whilst we are left reeling and heavy. But the clues now that I think on it are simple. If he does any of the following please my precious grab your purse and run, you’re about to be angry fucked.

When he spanks you he grits his teeth and growls. If he becomes beastlike then why are you still there? RUN!!

Many of us are singirl again this Christmas and I for one am celebrating. The need to take stock of[...] 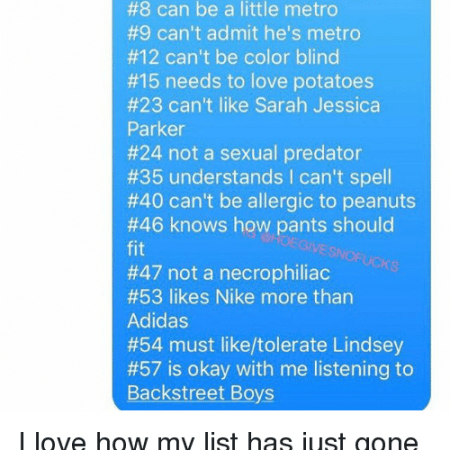 So the New York times posted an article on a sure fire way to get to know your partner and[...]