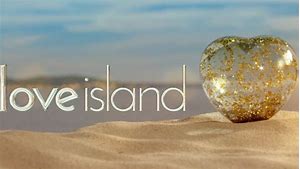 A lot of news this week about Love Island being cancelled this summer. Many people think the cancellation is due to the 3 suicides linked to the show. So I’m asking the question are people out here really dying for love? Or is it fame that’s to blame?

Disclaimer: I haven’t watched Love Island since 2006. I think it was Celebrity Love Island then as it had Kelle from Eternal and Shane from Boyzone and …Bianca Gascoigne (Paul’s step daughter. It was a stretch, right?) and er Leo the Lion from the Streets. Just had a peek and Dennis Rodman was on it? Who knew! I think I’d forgotten as the thought of him trying to date any of the women on there is a bit urgh.

So that’s as far as my knowledge of Love Island goes. It didn’t work for me. I’m not into watching other people in bikinis whilst I’m stuck in my house talking about their dating woes. I know, how selfish of me. Ironically, I do watch Dinner Dates and Celebs Go Dating every other season so I catch a stray Love Islander on there. It has never made me want to watch the show

Then there was Carlton of Carlton and Diamond fame who declared he felt suicidal after the backlash he received for being on the show. I don’t know, was he ready to be on the show when he wasn’t ready to be fully open about his sexuality? The question is why go on a show where you know these things are going to come out (no pun) and then not be able to handle it? Carlton was a lot  But is anyone ever really ready for how they will be portrayed and how the audience will react to that character? Because that is what reality stars are; characters in a semi scripted show.

Is Fame to Blame?

My take is that we need to take a closer look at Social Media. The British press is brutal and to blame in part but, the trolls. Nobody talks about the trolls. As someone who has been trolled on issues of sexuality, gender, natural hair (yes, the Hoteps went in on me) and race you just know that there are people out there who can’t help it. Cyber bullying has gotten out of control.

I wrote on the death of Caroline Flack and immediately there was someone cussing me for calling her out on her actions. The cognitive dissonance when it comes to celebrities has reached peak. People are galvanising to attack because you don’t worship at the same C lister alter as they do. I’m fine. But for these nouveau celebs there are only 3 outcomes -: Trolling, Stardom or Invisibility.

For some being forgotten is the worst thing that could happen to them after the sacrifice they made to be on the show. I’m sure they are wined and dined when they come out but, I couldn’t even name 20% of the Big Brother characters from the first 3 seasons. Shows like Love Island where they’re cast to look the same make it even harder. It means that they’re relying on the drama so need people who are likely to bring drama ergo, emotionally unstable.

But are any of them really looking for love? Nah!

My view is that people who go onto highly pressured TV programmes tend to be desperate for fame and attention. So desperate that all the warnings are ignored. They’re looking to be loved and adored by the masses but you can’t predict how they will react to you. And you as the viewers aren’t helping any. Nothing is off limits.

TV production companies aren’t there to manage the mental health of their contestants. To them cast / actors are paid through free accommodation and food whilst giving away their souls through content. Those that do offer therapy often only do it pre and during the show. What happens 12 months later when you’ve sunk into a drug haze or oblivion? The fear of so many.

The fact that many go onto being TV personalities means most see it as a launching pad for their TV career. I can’t think of anything worse than being scrutinised under a British Media lens, but they crave it. I read that 38 stars have died by suicide around the world. That’s too much!

Is this ITV’s way of easing out of the show or is this truly a covid-19 blip ? It will soon be replaced by something else as reality TV doesn’t look like it’s dying. It will rebrand and reinvent itself to feed the capitalist wheel. I get why people want to be famous especially if they don’t have other talents. We all want to be loved. But dying for love? That’s too much

Energy Drinks So my latest bête noire is the Energy Drink. If I see a guy drink them I either[...]

A – Sexy: D is for Dickmatized Dickmatized – When a girl can’t concentrate on anything else because she is[...] 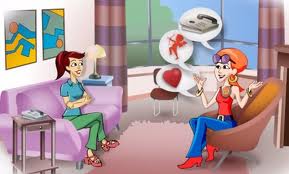