So yesterday and today I’ve been talking to my married and single friends about the state of my love life or lack thereof and we have agreed on one point. There is now a risk that those of us who are not crazy and relationship ready can become de facto girlfriends to a lot of different guys.

An example is that yesterday I was out and about with friends and I suggested a sex in the city type party where we each bring one guy who is single and we don’t want. Great idea they said but then both claimed not to know any guys they could bring. Seriously you don’t know one guy! I counted and realised that I know about 7 guys I could drag along. Yes 7. The reason being that at some point or other I have been their de facto girlfriend.

Typically there are two types; the friends with benefits one and then the confidente.

As for the confidente you don’t even get the dick? So sad. No instead you have to put up with listening to them and being that friend they call on when they are low or need to talk and yet you get very little back.

And so my precious I renounce this position which has been thrust upon me once too often. It’s either we are fuck buddies or we are dating but these blurred Friends with benefits, friends zone de facto girlfriend roles have got to end.

Peace out suckers. I’m leaving this part of my life behind.  It’s a terrible by product of the situation that is the dating recession. That said I do have a few spare guys I can drag along for the party. Yay! 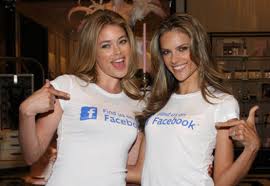 Facebook Value part 2 So you have to be able to put an accurate valuation on your stock. The good[...]

So years ago I was on Plenty of Fish. Those are hours of my life I won’t get back. My[...]

A-Sexy: D is for  Deadbeats I know that we are meant to be open and not judge but dating deadbeats?[...]