F is for Frenemies online

As the world becomes more virtual so too does it seem to take on the attributes of a computer or video game (don’t ask me I really don’t know the difference).

I noticed just the other day that bloggers who used to get on and support each other now slate each other with clever word play and digs. I’ve even had to block one for suggesting that I lacked class because I mentioned getting some sex. For the sake of my mental health I will assume that she was on her monthlies (men, women can say this but you can’t. I know it’s not fair dear but those are the rules). The frenemy is a subtle creature indeed. If you mention them to others they start to suspect you of spending too much time around the smelly pens. No frenemies are those stealth attackers that come out of doorways and punch you in the face.

Recent twitter battles between celebrities and beyond suggest that it’s now common to have frenemies. Yes indeedy this phenomenon is sweeping the nation. I prefer it when it is an open and fair battle.

I have frenemies. Don’t ask me why but some of us seem to collect those who don’t have your best interests at heart. Normally the frenemy is someone in your social circle of sphere who you can’t help but interact with you be it through mutual friends.  Sometimes they are much closer.

You have those that comment on a blog and warn you about the pending disaster that you will experience. I saw this on a friend’s blog and thought, why comment at all. Then you have those that pick an argument over every single tweet or Facebook update. These comments aren’t about you chick / dude so keep it moving.

I wish more people would frenemy Tweedy Chav. She is a nouveau riche questionably racist convict. And yet we celebrate her dimples, northernisms and inability to sing? But I understand how the frenemy works. It is dangerous sometimes to say what you really think of people if you share the same sphere. But what I don’t understand is why or why do you have to then pretend to be their friend. Tweedy Chav frenemied Nadine her band mate. You know the only one who could sing well. Nadine however knows it hence her precarious nature. She doesn’t know who to trust.

But one thing is obvious, the frenemy is a dangerous phenomenon who should be avoided at all cost because they want bad things for you. Whether it’s that you are perpetually single to coveting your goods / partner they celebrate your down times.  Oh and never ever get sexually involved with a frenemy. You’ll regret it. They spend the whole time gathering information on you to spit out later.

a favour and delete them the minute you do. Blame the social media powers that be for a glitch in the system if you don’t want to discuss why you unfollowed or blocked them. But block them you must before they solar plexus punch you.

Like these video games frenemies should be slayed before they slay you. Get rid of them because they are exhausting emotional vampires. You think because they are online they are less draining but that’s not the case. You’ve been warned my precious 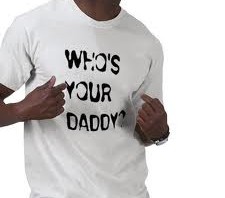 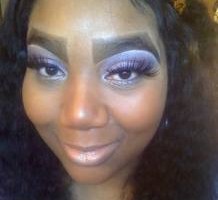 I saw Eyebrows at another event yesterday. This is the problem with going to too many business networking events in[...]

Restaurant foods – I’m a food snob. You’ll never see me cook. Cocktails – I like pretty colours. I like[...]