Now I must be clear that some men are lazy. They don’t want to be dominated they just don’t want to do all of the work. These men aren’t worth of the effort it will take you to be a mini D for the day. If you come across a man who is sexually lazy please grab your purse and run. He will be a drain on your life. Who wants to be with a man you constantly have to boss in AND out of the bedroom? I can think of better things to do with my time personally like catching up on some much sleep.

truly hurt him. You may inflict some physical pain but never emotional. This is a critical point. Consensual sexual humiliation is fine (men do it all the time, some without the consensual bit)  but you cannot reduce him to feeling so pathetic that it seeps into other areas of your relationship or dating.  You must remember what I often forget; that the male ego is more fragile than a flower.

Who needs a cleaner? Read part 2

Types of DMers As we are all at home there has been a recent phenomenon that has crept into our[...] 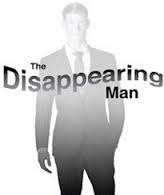 5 ways to make a man disappear So clearly dating hasn’t been going well. The most I thought about it[...]

Author Blog Challenge post 1 When I was younger I never thought about being a blogger. For a start it[...]