I was out one night with friends celebrating my cousin’s birthday. For some strange reason I was having a Mary Quant week and had turned up in a 60s psychedelic chick dress, boots and a cropped red wig.

I stood out. The thing with birthday parties on a Friday is that some people feel the need to invite the dry people from work. This was one of those parties.  I soon started making noises about having to leave as the full effect of my ensemble wasn’t being appreciated. As we left the barman gave me a look and ….I told my friends surely we could stay for one more drink?  I went to talk to the barman who wasn’t the best barman I’d ever met but 2 minutes later he had my number and we were leaving. I’m nothing if not efficient my precious. I gave up on coy a long time ago.

Later that night I was heading home alone when I got a text from the barman. He was getting on his motorbike and wanted to pass by. At nearly 3am in the morning? What kind of girl did he think I was? I needed at least 30 minutes to clean that flat. So I told him 3.30 and texted him my address.

Quickly I did the single girl clean. Throw everything in wardrobes, drawers and the spare room and shut the door on that mess. I brushed my teeth, threw on my visitor negligee and walked casually into a spray of perfume. You know how you do.

The knock came and as I opened the door smiling he smiled back. Was that a gold grill in his mouth! Oh dear god. How could I extricate myself from this horror show at 3.30am?

He came in, took out the grill and told me that when he wasn’t being an inefficient barman he was an American wannabe rapper. This wasn’t looking good. He was older than me and still wanting to make it as a rapper?  He gave me his rap name and a sample of his lyrical tongue. I told him I could think of much better things he could use that tongue for and we got down to making music.

There comes a time when the post coital conversation turns to work and he told me about his rap exploits. I didn’t know all of the artists he mentioned but I knew that I was meant to be impressed. So weeks later I decided that my only option was to investigate this hip hop thing myself online. I typed in his rap name and nothing came up. Maybe he wasn’t that successful. So I typed in his real name.

When the only thing that came up mentioned him being found guilty for 3rd degree larceny you begin to worry. He wasn’t even American as the report said he was being deported.  I had to look up larceny. This was turning into a research project .

Who was this guy?

So I did what any self-respecting woman would do. I shagged him one last time, gave him a proper grilling and kicked him to the curb. What can I say, his tongue had some use.

7 thoughts on “The grill guy”

Sorry my precious but I’ve been REALLY busy. I mean hectic. I haven’t done any washing in a month and[...] 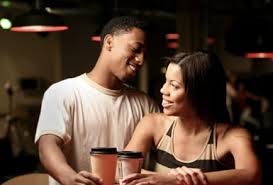 Sometimes I just don’t know what to make of men. Maybe the men out there could help me? So 5[...] 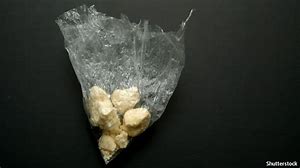 Signs that you may be dating crackhead (addict) Just to be clear; I don’t have enough knowledge on drugs to[...]